When you receive this newsletter, I will be on my return trip from hiking across the Grand Canyon - both ways. It's a long 48-mile trip with 11,000 feet of elevation gain, but I'm taking my time and doing it over three days. Next week I'll tell you more about it.

You may recall last week's newsletter was sent out the same date as the general ticket sale for Burning Man. I had to write the newsletter before, but promised I would let you know how I did. The answer is terrible. I was part of a group of 13 people trying to buy tickets and the number who were successful was zero. I can take losing on something that is fair and random, but that was not the case with this fiasco. Here are my main grievances: 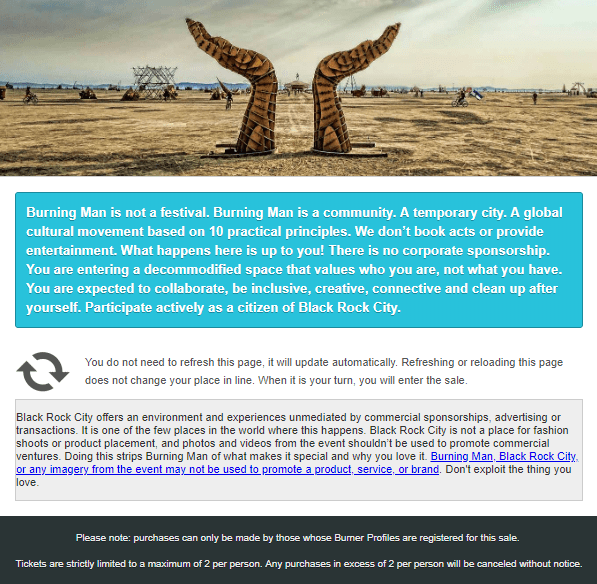 Here is a forum about the ticket-buying process full posts by angry people like me and some winners boasting how they gamed the system: OFFICIAL 2019 TICKET SUCCESS/FAIL THREAD

In the unlikely event anyone with the Burning Man organizers should read this, I have two simple suggestions: